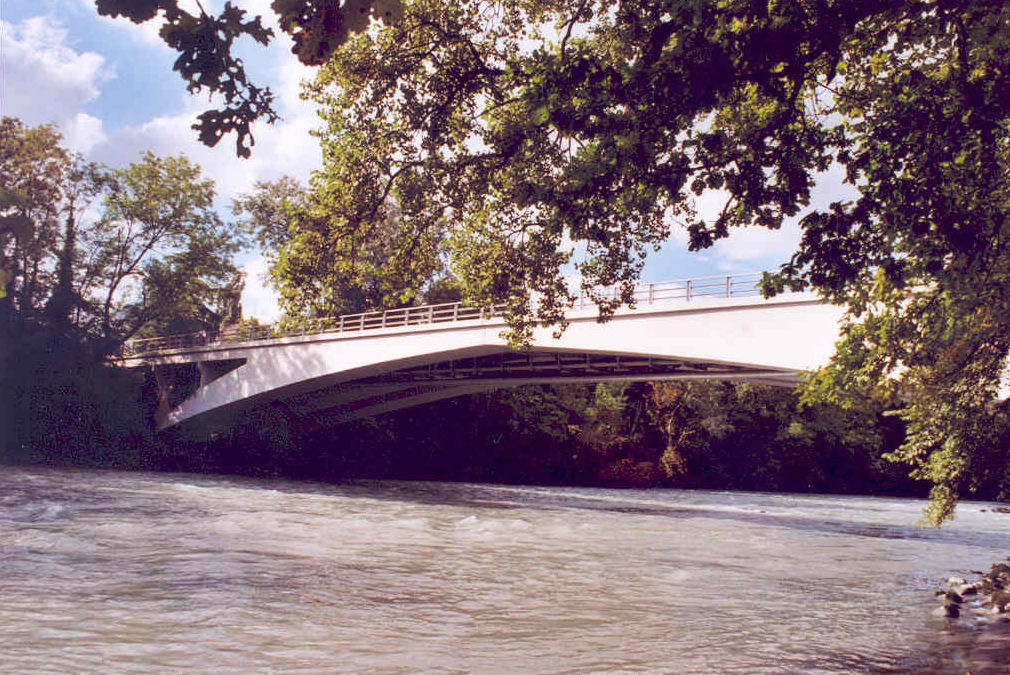 Tying together bridges and the last entry on Robert Maillart in yesterday’s post, I’ve decided to move up the Pic of the Week by one day to show you another example of a work of art credited to the bridge engineer’s name. The Vessy Bridge spans the River Arve between the suburbs of Vessy and Veyrier in the southeastern portion of Geneva in Switzerland. The bridge is a deck arch span which features Maillart’s signature design, a three-hinged arch design. Construction started in 1936 and the 52 meter long structure was opened to traffic in 1937, three years before his passing.

These photos were taken in 2006, during my three month stay in Geneva. I did an internship for my Master’s studies at the World Health Organization during that time, and while I was there, I had an opportunity to photograph every bridge in the city, especially along the three rivers. This was one of them, which I photographed on a Saturday afternoon while on tour by bike. It was one of the rarest opportunities to get some shots from the middle of the river, like in picture below, for the Arve was at its lowest in terms of river levels. Despite having some vegetation in the foreground, one can get a closer look at the bridge and Malliart’s designs. Even more unique about this bridge are the vertical posts supporting the hinged arches as they are shaped like hour glasses. When I photographed the bridge in 2006, they still maintained a creme white color. Yet lately, they have been colorized with spraypaint and designs that are mostly deemed tasteless. You can find them in the photos taken by my colleague Nic Janberg via link here. In that link, you will find more literature pertaining to Maillart and his bridges. 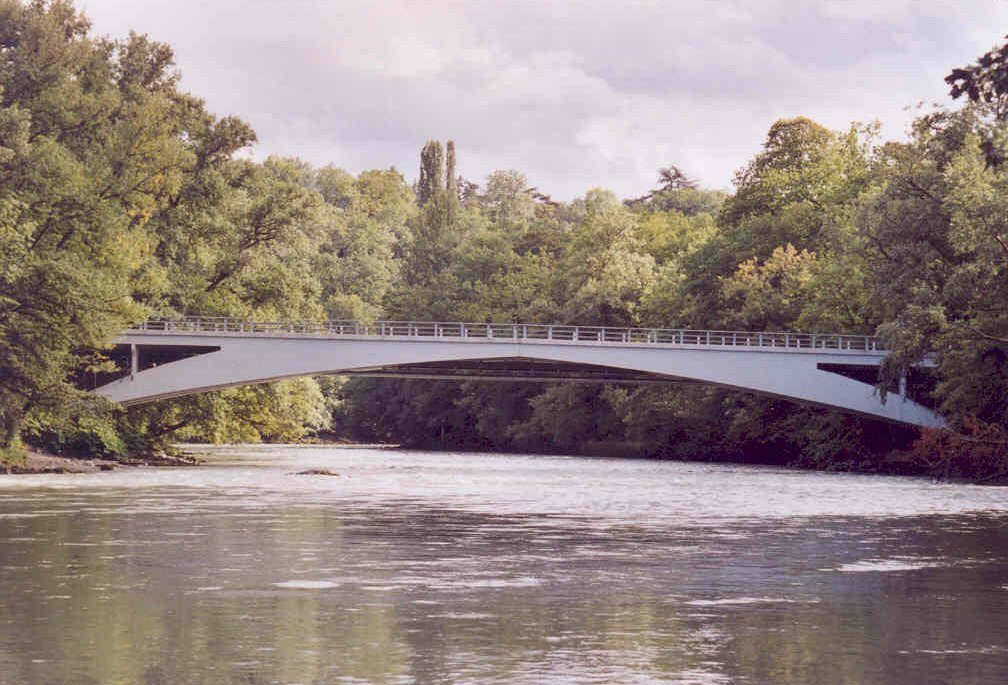 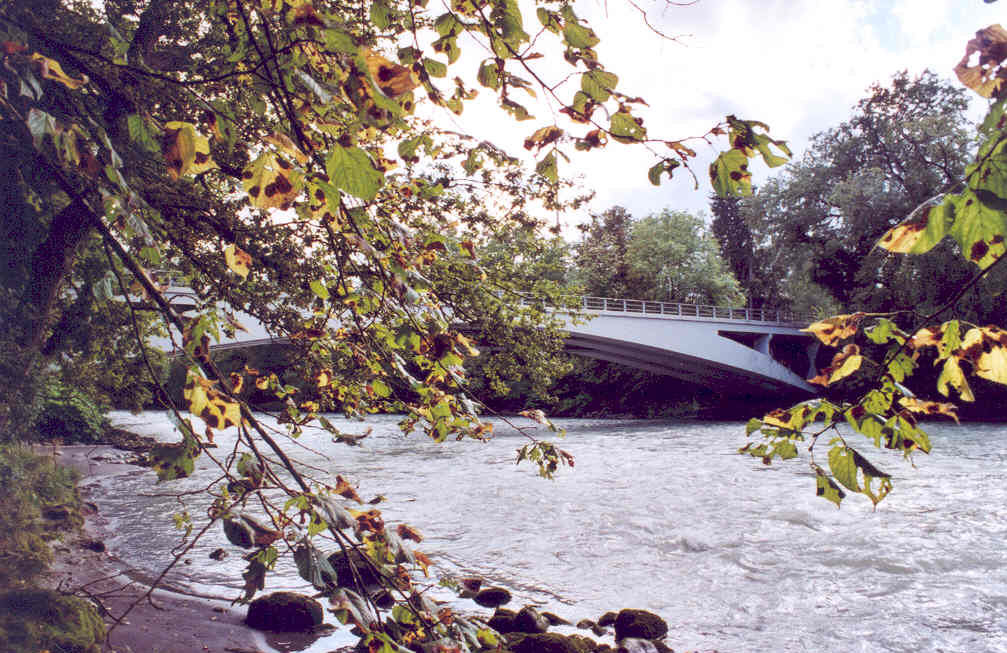