And now, after having looked and guessed at the bridges, here are the answers to the Guessing Quiz on whether the following bridges were part of the borders or not.  🙂

Please note that information on the correct answers pertaining to the “border” bridges can be found in the links highlighted. Some of these bridges were documented by the Chronicles earlier in the year.

GUESSING QUIZ: THE BRIDGES ALONG THE BORDER

When the border and the Berlin Wall went up, many of the bridges that made up the border between the Federal Republic of Germany (West) and the German Democratic Republic (East) were closed down or even removed. Only a handful of crossings remained open but under stringent control by the East German border guards, to ensure that no one left the country who was not supposed to.

The question is: Which bridges were affected?  Look at the pictures below, determine if they were borders or not by marking Yes or No, and state your reason why by identifying where they are located. Borders meant that the bridges were either shut down to all passage or were under strict control by the East German army. The 16 German states are listed below to help you.  Good luck! 🙂

Where? This bridge spans the River Elbe near the village of Dömritz at the Lower Saxony- Mecklenburg/Pommeranian border. This used to be a railroad crossing, the longest of its kind over the River Elbe.

Where? This is located at the border between Berlin and Brandenburg near the town of Potsdam. The Glienicke Bridge was once known as the Bridge of Spies because of the spy exchanges that happened between 1961 and 1989.

Where? This is located in Jena in Thuringia- The Alte Burgauer Brücke spanning the River Saale

Where? This bridge is located in Oranienburg (Brandenburg)- The Queen Luisa Bridge.

Where? This bridge spans the River Elbe in Lauenburg (Schleswig-Holstein), located 3 km west of the three-state corner where S-H, Lower Saxony and Mecklenburg-Pommerania are located. It connects Lower Saxony with S-H.

Where? This is the Bösebrücke at Bornholmerstrasse in Berlin. It used to span the railway and Berlin Wall between Prenzlauer Berg and Gesundbrünnen

Where? This is the Rudolphstein Viaduct spanning the River Saale at Motorway 9 at the Thuringian-Bavarian border. It was rebuilt in 1966 and was a border crossing until 1990.

Where? This is the Eider Bridge in Friedrichstadt in Schleswig-Holstein, the oldest of the tied arch bridges that later replaced many Elbe River crossings, many in the former East Germany.

Where? This is located in Vacha, at the Hesse-Thuringia border. The 13-span stone arch bridge was indeed guarded by border patrolmen until 1989. 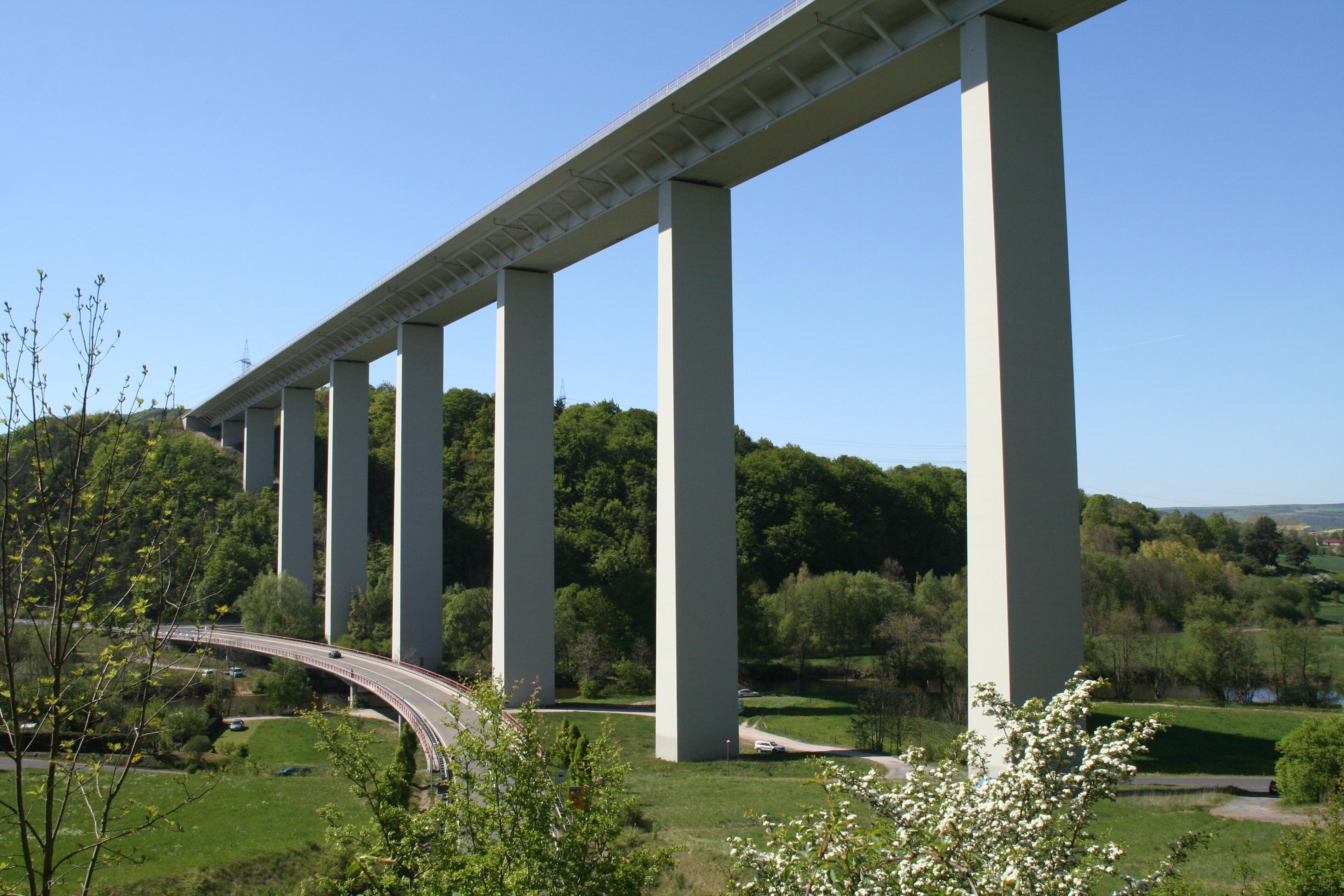 Where? This is the Hörschel Viaduct, spanning the River Werra at the Thuringia-Hesse border. It carries the Motorway 4.

Where? This is the Oberbaum Bridge in Berlin between Kreuzberg and Friedrichshain.

Where? This is the Harburg Bridge, spanning the River Elbe in Hamburg.

Where? This viaduct is located in Grobau (Saxony), approximately 3 kilometers from the border train station Gutenfürst and another three from the Saxony-Bavarian border.

Where? This one is near Koditz, near Hof. It spans the River Saale but west of the Saxony-Bavarian border.

Where? This is the Selbitz Bridge, at the Bavarian-Thuringian border near Bad Blankenstein

Where? This is the Sparnberg Bridge, spanning the River Saale 3km west of Rudolphstein Viaduct at Sparnberg (Thuringia)

Where? This is the Harra Bridge spanning the Saale near Bad Lobenstein (Thuringia). The bridge is 13 kilometers from the Thuringian-Bavarian border.

Where? This is the former Avus Bridge at Checkpoint Bravo near Zehlendorf (Potsdam). It still spans the Teltow Canal at the former East-West border (now Berlin-Brandenburg)

Where?  This bridge is located near Legenfeld in Saxony, spanning the River Zwickau Mulde.

Where? This is the Hirschberg Bridge spanning the River Saale between the Thuringian town and Untertiefengrün (Bavaria)

Answers will come on November 9th, the same day as the Fall of the Wall.  🙂

Check out the Flensburg Files and follow the updates pertaining to the 30th anniversary celebrations. There are lots of articles that have been written on this topic, including former border crossings and videos, just to name a few. As a hint, some of the answers to this quiz lie both there as well as here.

2 thoughts on “Borders to Bridges: The Answers to the Guessing Quiz”