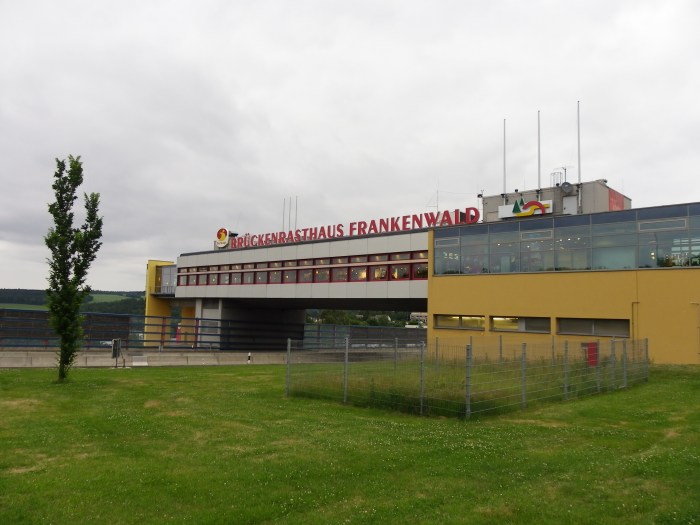 Our next trip down memory lane takes us to a very unusual place: A rest area bridging a motorway. This one is located on the Motorway 9 on the Bavarian side of the border that once cut Germany into two. The Brückenrasthaus Frankenwald is the first of two bridge rest areas erected in Germany. This one was built from 1967 to 1969 and was in response to the reopening of the Rudolphstein Viaduct in 1966. The viaduct was partially destroyed towards the end of World War II, thus cutting off one of the most important arteries which connected Berlin and Munich via Leipzig and Nuremberg. Prior to 1966, the route had been detoured through Hof, Plauen and Schleiz for 20 years, with the transit border located between Töpeln (Baveria) and Jüchholz (Thuringia).

Reopening the Viaduct and the new East border controls:

The viaduct was repaired thanks to an…