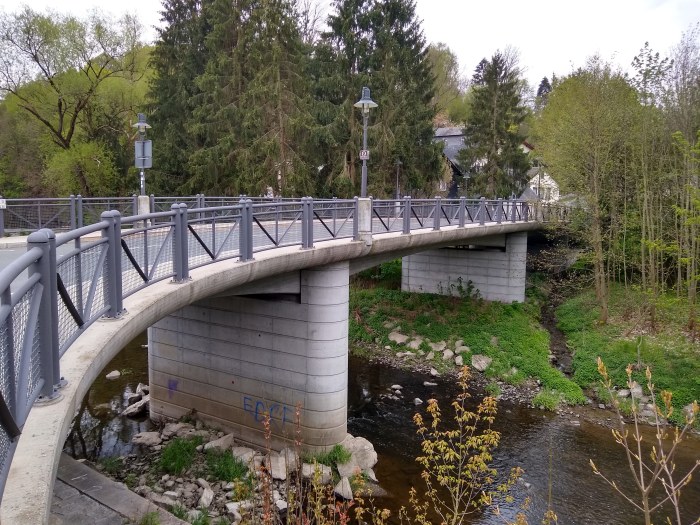 Saale River Crossing connecting Hirschberg and Untertiefengrün built in 2009. Photos taken in May 2019

My father and I had an argument once over how Germany was bordered when I was a child growing up during the 1980s. He claimed a concrete wall surrounded only West Berlin while I claimed that there was also a concrete wall that divided the country into two.

Apparently, we were both right, especially when we look at the towns of Hirschberg and Untertiefengrün, located on the Thuringian-Bavarian border, with the former town in Thuringia. The two towns are separated by the River Saale (Sächsische Saale is the official name) with Hirschberg having the majority of the population (2200 inhabitants). By the same token, however, the small Bavarian community with 130 residents seems much more modern than its crossborder neighbor. 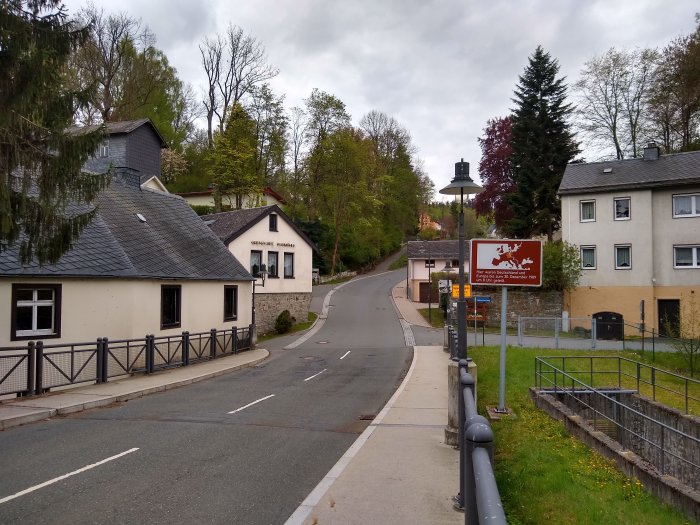 Untertiefengrün taken from the bridge.

According to history, the town of Hirschberg was…