This week’s pic of the week is a throwback to eight years ago and to this bridge. The Ellsworth Ranch Bridge, located in Emmet County, Iowa, is one of five remaining Thacher truss bridges left in the United States and one of two of its kind left in Iowa. Patented by Edwin Thacher in 1881, the Thacher truss is a hybrid between a Warren, Pratt and Kellogg trusses that supports the middle portion of the span with the tension being on the lower chord. There were two different types of Thachers- of which this one only has one vertical column per outer panel that slanted down towards the central panel, which features the A-frame. In other words, this type consists of three panels. Some detailed pictures can be found per link via bridgehunter.com which you can click here. 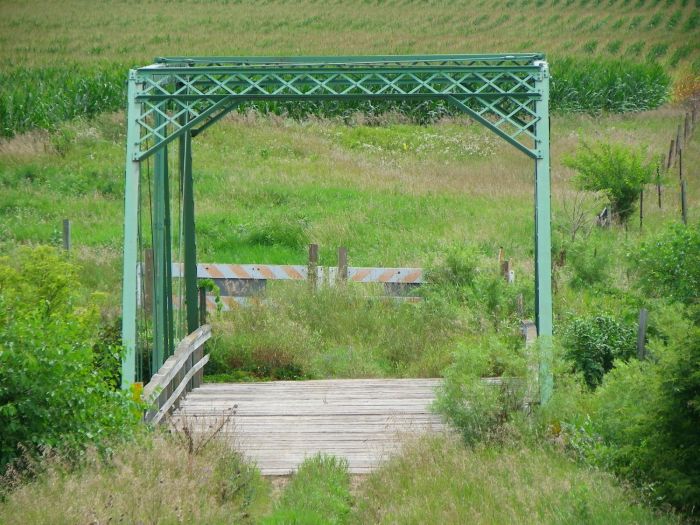 This crossing was built by the King Bridge Company of Cleveland, Ohio in 1895. That company was primarily responsible for these three-panel variants of the Thacher truss. Milo O. Adams was the company’s agent at that time. It was closed to traffic in 2007 and has since been standing. Despite this, the structure appears to be in tact, the flooring unaltered and not worn out. And the green color still keeps its color, camouflaging the surrounding green, including the cornfield in the background. And this is what makes this sniper, tunnel view taken from the road at about 400 feet more unique. This picture was taken in July 2011 while on an extensive bridgehunting tour through Iowa enroute to St. Louis for the Historic Bridge Convention. One can get this shot still, but the bridge has its unique vantage points, including the side view with trees in the background as well as the deck view while on the bridge. It’s a good starting point for the novice photographer who is working with his/her camera for the first time.

So go out there, find your favorite bridge and have at it. 🙂 ❤ 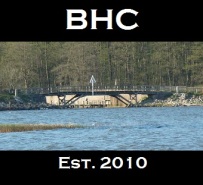