TOURNAIS, BELGIUM- This article pays a tribute to the Pont de Trous, a bridge spanning the River Scheldt in the City of Tournai in Belgium. At the time of this posting, this bridge is all but a memory as it was pushed aside in the name of progress. The project to demolish the bridge started on August 9th as part of the project to deepen and widen the River Scheldt to allow ships to sail through France to join the Seine, which flows into the Atlantic.  The bridge was built in 1290 to replace a wooden crossing and was the last of the military crossings of its kind in the world.  However, as the city claimed the bridge is being rebuilt with the stones being saved for reuse, this was the scene of this “reconstruction project:”

A news report shows the details of this senseless destruction:

A new bridge mimicking the original historic character of the crossing is expected to be in place by the end of 2020. However, despite its McDonald’s arches that are being proposed, one has to ask if this was really necessary, given the fact that the bridge was part of Tournai’s old town. Featuring historic buildings, inside the fort and a cathedral, all from the same era as the bridge, the old town of Tournai has been a UNSESCO World Heritage Site since 2000. With the proposed rebuilding of the bridge, one has to ask himself if this was really a necessity. Do we need larger ships to pass through or if it makes sense to transport by land, which has enough highways and railways taking goods and persons to ports in the areas mentioned? Is it really necessary to have the bigger is better mentality or is less really more? And lastly, how much do we care about history in general?

With this demolition of one of the most historic bridges in the world, I’m reminded of a comment one of my students mentioned about history in class: “History is history. We need to worry about the future.” Yet history is important to understand the present and change it for our future and that of the next generation. Without history we will never know how we got to where we are now and what is expected to come.  We will never know how we progressed with our infrastructure and how it contributed to forming a nation, partnerships with other nations and society that we have today. It’s like the environment we fighting to save: We’ll never know until there’s nothing left…….

……but a memory. If we even remember this bridge a generation later, or if all that is left in memory are Ronald’s Golden Arches……. 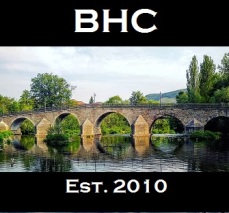