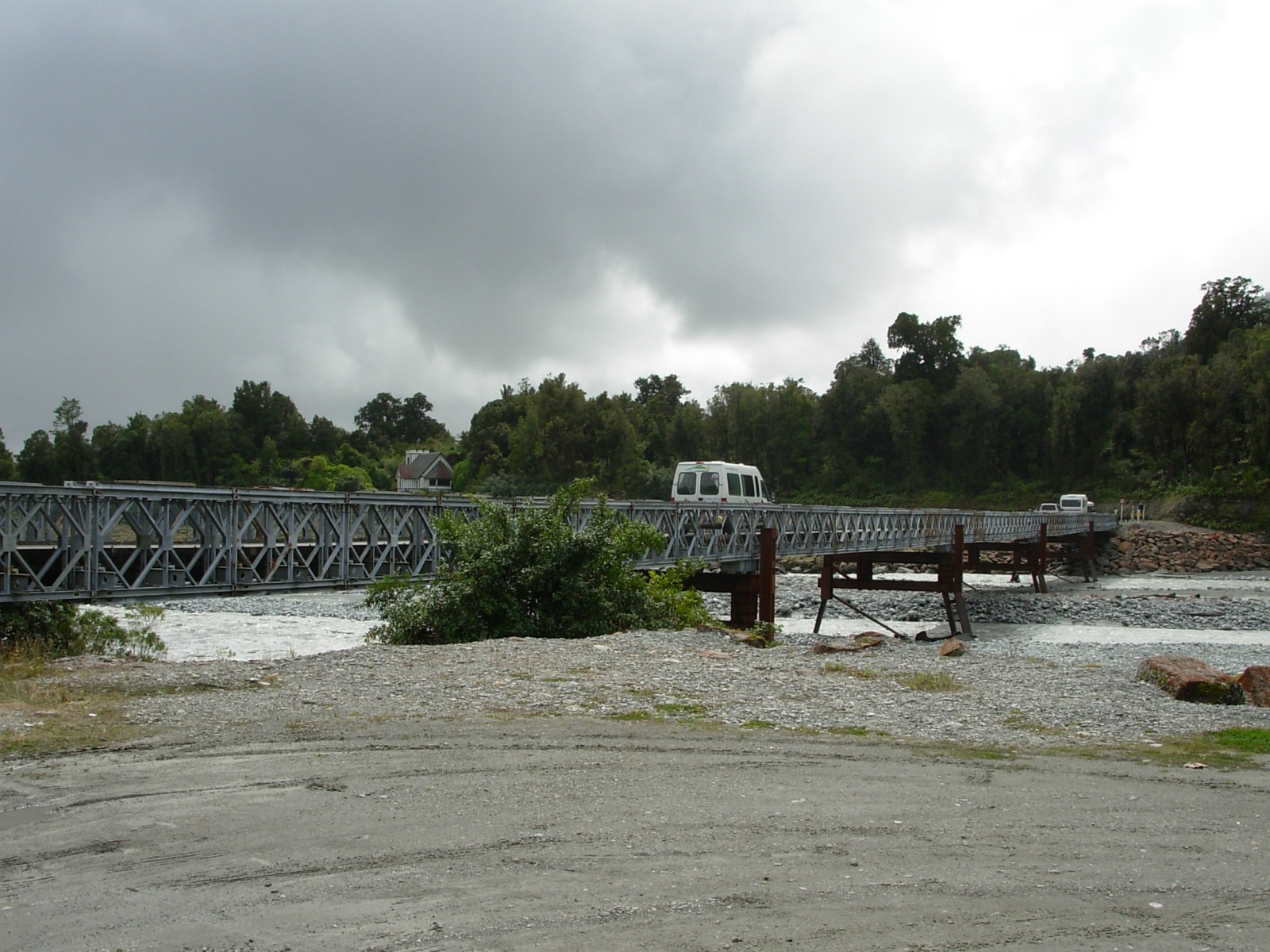 Less than two weeks after the mass shooting at two mosques in Christchurch, which left 50 people dead and scores injured, residents on the South Island of New Zealand are dealing with another mishap- this time by Mother Nature.  Storms and high winds, producing rainfall of up to 550 mm or 10% of the yearly rainfall amount caused widespread flooding and erosion in the Franz Josef Glacier Region and putting tourism in the town of Franz Josef/Waiau, with 450 inhabitants, plus areas along the Waihou River in peril. At the time of this posting, one person was reported to have died after being swept away by floodwaters.

Many roads have been washed out and bridges damaged. But one bridge in particular, which connects Franz Josef with areas near Haast, has been washed away by floodwaters, thus leaving tourists stranded and having to look for another crossing. The Waihou Bridge at Franz Josef lost two thirds of its spans on Tuesday, as the raging river, ripped the bridge off its abutments, broke off two spans sending it down the river and left a third one hanging in the water. A video taken by a spectator shows the destruction of the bridge:

The six-span bridge was a Bailey pony truss with a total length of approximately 300 meters long. The width was no more than 6 meters, which meant only one car could cross and a speed limit of 30 kilometers/hour was enforced. It is unknown when that bridge was built, let alone how long until a replacement span is constructed. It did serve a major highway going along the West Coast of the South Island. Just minutes before the wash-out, there were people on the bridge viewing the rising waters of the Waiho River, some filmed it from the bridge before getting off. The disaster happened when no one was on the bridge.

Ironically, another key bridge, the Waihou Swinging Bridge near Franz Josef, was not affected by the floods and is still open for hikers and pedestrians. The 90-year old bridge was fabricated in England before it was shipped to New Zealand. It still is a popular attraction for tourists.

Franz Josef is 32 kilometers away from the nearest city of Whataora to the northeast. It is on the western side of the island, almost exactly opposite of Christchurch but over 450 flying kilometers away to the east.