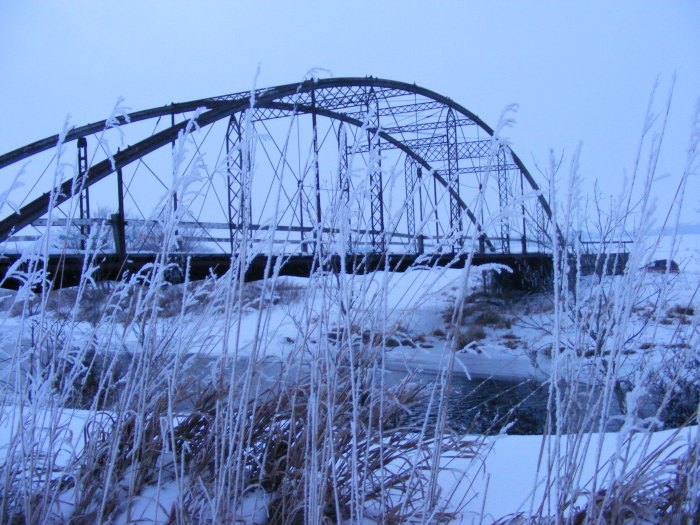 The 40th Pic of the Week by the Chronicles takes us back 11 years and to this bridge. The Little Church Road Bridge spanned the Turkey River near the village of Festina in Winneshiek County, Iowa. Built in 1876 by the Wrought Iron Bridge Company of Canton, Ohio, this bridge was once the third longest bowstring arch bridge in the US, behind the Freeport in Decorah and the Kern Bridge in Mankato, with a total length of 178 feet.

When this photo was taken, it was at sundown, where the sun had disappeared into the clouds, but the skies got bluer, as well as darker. This pic was taken with frost-covered weeds obscuring the entire structure in view. With those two in mind, it made the bridge look creepy. With cars and trucks crossing it, creating a series of screeching noises caused by friction among the iron parts, it made the bridge look haunted. Even when my wife and I were in our rental car heading to the hotel in Decorah, that sound could be heard hundreds of feet away.

Since 2010, the bridge is no more. It was scrapped at the last minute due to failure to secure funding to relocate it to Decorah for use as a bike trail crossing. That decision sparked an outcry by many in the historic bridge community, especially because of its rarity in design and dimensions. In spite of this, the county still has two historic bowstring arch bridges in use, both of which are in parks in Decorah (with the Freeport) and Castalia (with the Moneek), plus a modern one located next to the Freeport in Decorah. It is unknown whether another one, the Gilliecie Bridge, which collapsed under the weight of a truck in 2017, will ever be rebuilt.  But in either case, the rare number of these bowstring arch bridges in the county shows how much we should care for our historic structures. If there are chances to save them, we go all the way knowing the consequences in either direction. Anything less than that is the same as taking away the chance of others to visit and photograph the historic bridge, to walk back into history, even for a few minutes.

And for that, no book or internet site can replace it, even if one tries to persuade the writer. 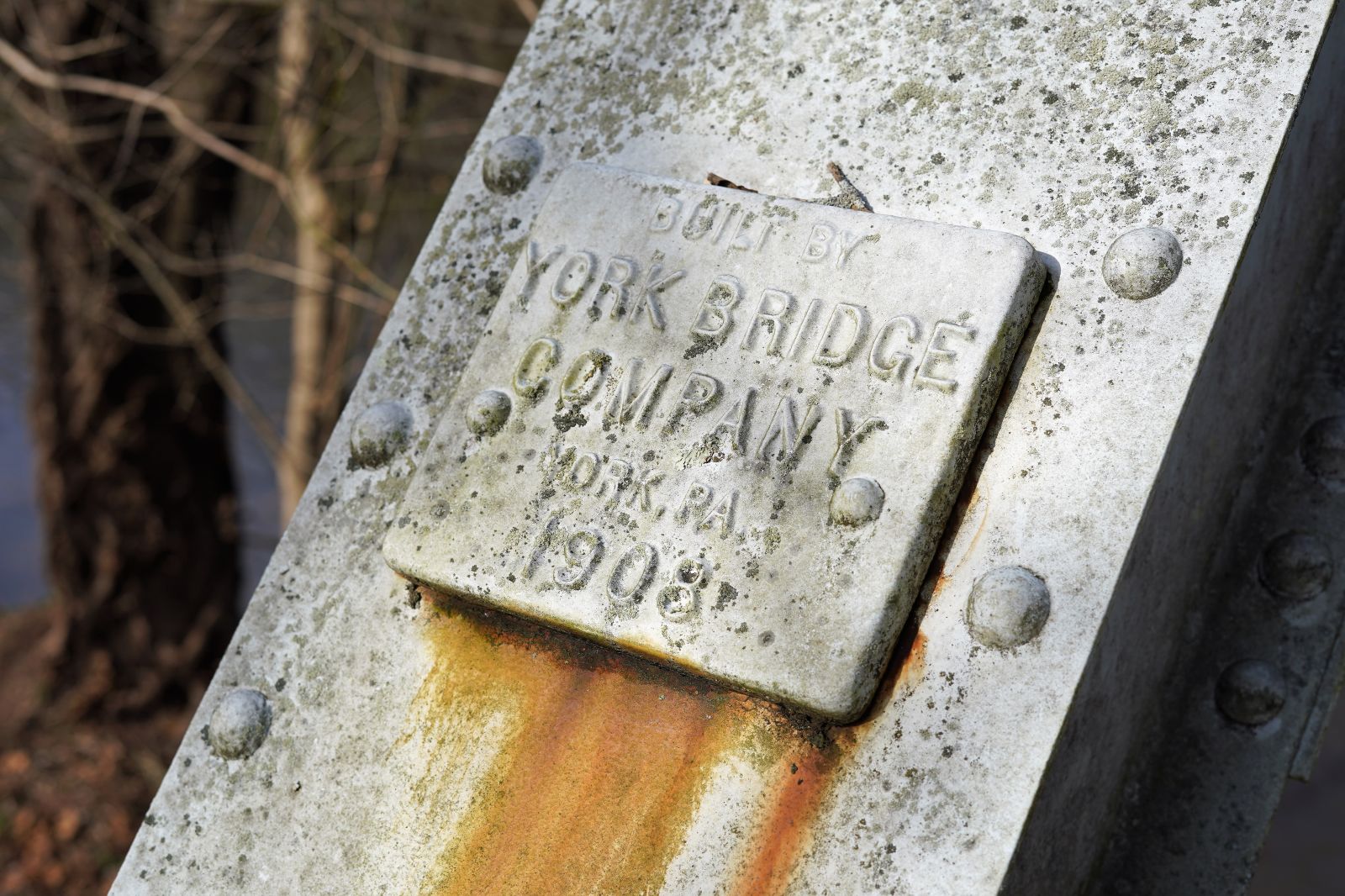 The Bullfrog Road Bridge was built in 1908 by the York Bridge Company out of York, Pennsylvania. It was eventually listed on the National Register for Historic Places in 1978. It connects Frederick and Carroll Counties over the Monocacy River. As many of the historic bridges in the area are that of the wood […]

via Historic Bridges of the MidAtlantic: Bullfrog Road Bridge — lucindervention