If one has to go, it should go gracefully. It should go off into the sunset, foot-by-foot, mile by mile and in the case of the Tappan Zee Bridge in New York City, bit by bit.

Fellow pontist and photographer Dan Murphy had an opportunity recently to take a photo of both the new bridge and the old one, spanning the Hudson River connecting New York with New Jersey, and with that, the suburbs on both sides. The new structure, a pair of cable-stayed suspension bridges, whose towers are V-shaped are now opened to all traffic, providing a key connection to the Big Apple and other key areas along the East Coast and into New England via Thruway.  The old structure, a 1954 steel cantilever through truss bridge with Warren truss design is slowly disappearing into the sunset. 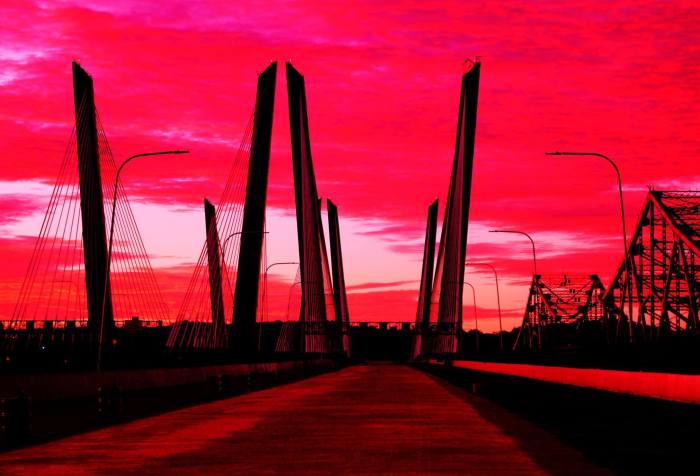 And as one can see much more clearly, work has already begun taking apart the cantilever bridge itself after removing several deck truss spans, one by one. 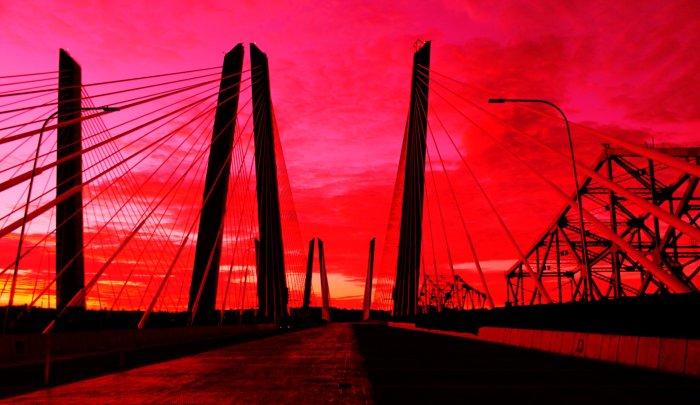 The old bridge is scheduled to disappear into the sunset by the end of this year. However, not everything will be scrapped, recycled and reused for other purposes. The bridge will be reused in multiple sections in Allegheny County, Pennsylvania, which includes the City of Pittsburgh. How and where they will be reused is unknown. It is known that the bridge will disppear with the setting sun soon. And with that, a piece of history that will be seen in the history books, unless one wishes to see sections of them in Steelers country.  😉

Special thanks to Dan Murphy for allowing use of the photos to be posted. More can be seen in the Bridges page on facebook.  To learn more about the Tappan Zee Bridge, check out this article here.