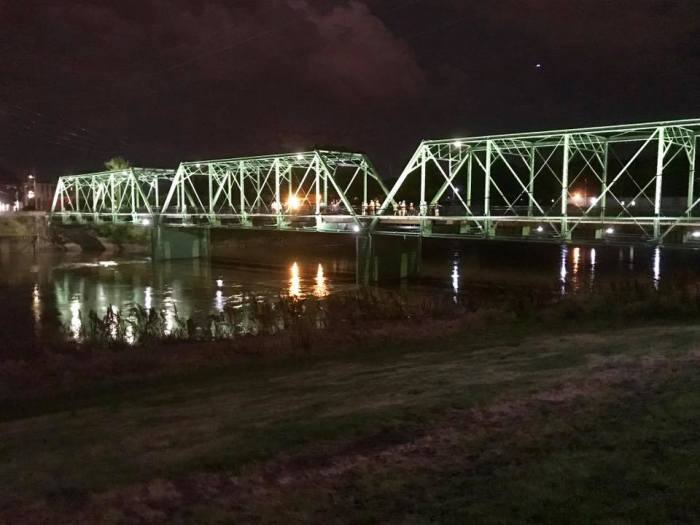 DES MOINES- As the old saying goes: Let there be light! 🙂

And this is what happened last week on the 15th at the Green Bridge, located over the Raccoon River at Fifth Avenue and Jackson Street in Des Moines. Fresh from a well-deserved renovation of the bridge, which included new decking, rehabilitation of the trusses and painting the bridge, Musco Sports Lighting and donors from the Green Bridge Committee (which includes MidAmerican Energy Foundation, Christensen Development, and the Central Iowa Power Cooperative (CIPCO) contributed over $175,000 towards stringing new lights on the truss bridge. When clicking on the link and video, one will see the difference between the lighting before (powered mainly by flourescent energy-saving lighting) and after….. 🙂

Dozens of people were on hand as the bridge was “relit.”

38 light fixtures were needed for the LED lighting, which according to MidAmerica, will produce 2 kilowatt of lighting, and cost the City $2.50 a day or $850 annually! The lighting of the bridge resembles a reverse negative photo of the bridge taken in the daytime, except the 1898 structure, built by George E. King, has an illuminating emerald green color, seen as far as a half mile away in each direction. It’s even brighter than another truss bridge located downstream, the Red Bridge, a former railroad which had been raised recently to allow for more river current to flow freely even during flooding.  Some photos taken by Chris Johnson shows how bright the bridge is (click here to see more)

Despite the bridge being reopened to bike traffic since November last year, the grand reopening of the bridge will happen next year, as the City is awaiting approval of the US Army Corps of Engineers on constructing a new plaza, which is to be located at one of the ends of the bridge; most likely on the southern end. More information on this and the current developments will follow on the Chronicles. 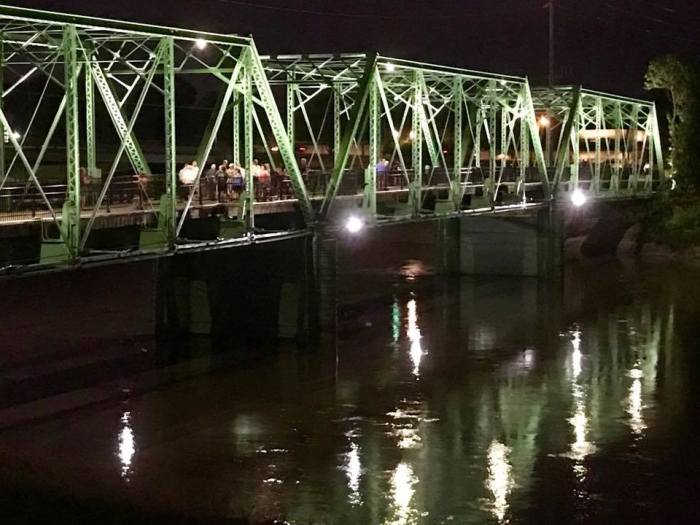 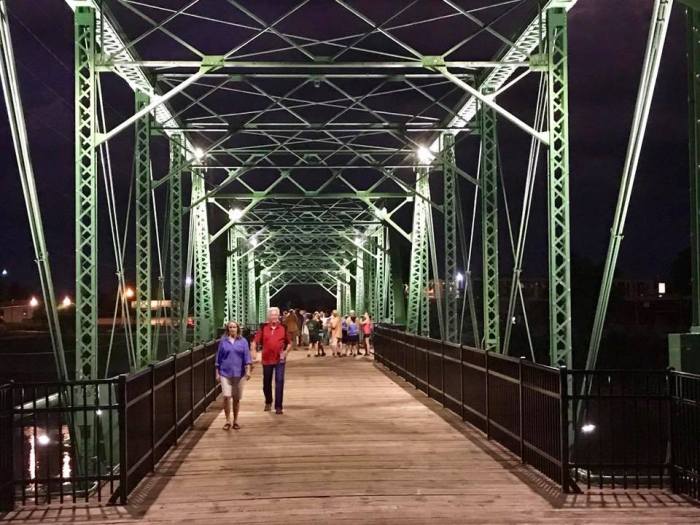