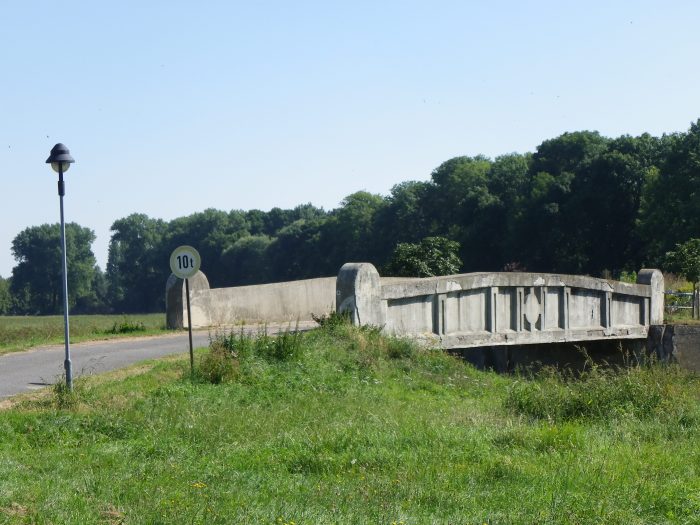 Concrete camelback bridges- one of the rarest but most valuable landmarks in bridge engineering. Developed by C.V. Dewart in the state of Michigan in the 1910s, this bridge type is technically a pony or through girder bridge made of concrete, but instead of straight, rectangular railings, these bridges are characterized by their top curved railing with art deco design. Many of them feature an open spandrel design, similar to a concrete deck arch bridge, but as a through girder design. Technically known as the concrete curved chord through girder bridge, these bridges are most commonly found in the state of Michigan, where Dewart designed and built hundreds of them between 1922 and 1928. 34 are known to exist today, Four of which have been re-comissioned for trail use. Most of them had a measure of between 40 and 90 feet. Only one through girder with an overhead chord is known to exist, which is the Pine Island Drive Bridge in Kent County as well as a multiple-span one at Mottville in St. Joseph County, which has been repurposed for recreational use. A small number of these camelback bridges have been found in Ohio, Pennsylvania, California, Indiana and Texas, but in locations that are scattered and are difficult to find and photograph.
Even rarer are the camelback bridges that are built in Europe, for apart from a wider variety of arch, truss and cantilever bridges that were built (and rebuilt) over the course of three centuries, there are only a handful that are left that have been sitting in service, unknown and unappreciated in its beauty. The Mockern Bridge, spanning the Pleisse River near Altenburg in the German state of Thruringia is one of those bridges that belongs to the category of the rare and unknown.
This bridge is easy to find, as it carries a local road connecting the village of Mockern and nearby Padiz, approximately seven kilometers (3.5 miles) south of Altenburg. When travelling north on Highway B 93, it is the last street on the right when leaving Mockern. One can even see it clearly from the S-Bahn line connecting Zwickau and Leipzig via Altenburg and Gößnitz, which was the reason for my visiting the bridge. I had seen the bridge during a trip to Altenburg for a bridgehunting tour back in July and decided to stop there while completing an 80 kilometer tour along the Pleisse from Gößnitz to Leipzig Central Station most recently. 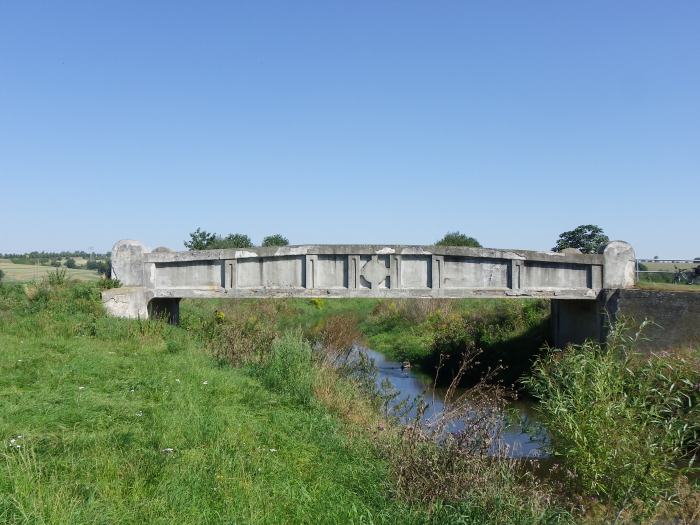 The bridge is easily reached after going through two curves accompanied by street lamps. When crossing the bridge, the width is typical of American camelbacks- approximately 5 meters (or 15 feet wide) with a weight limit of 10 tons. The features of the bridge is typical of the camelbacks built in Pennsylvania: curved upper chord with vertical, silo-shaped endposts on each end. The railings have a molded spandrel shape paneling on the outside with the center panel featuring a circular shaped medallion with a cross-shape. With the center-most panel, the bridge has a total of seven panels with the total length of no more than 20-25 meters (60-75 feet). The inner portion of the paneling has nothing, but cracks that have appeared and are spalling. Judging by the appearance of the bridge, it appears that the structure has been built between 1915 and 1920 and has not been rehabilitated since its construction. Surprisingly, given the low number of traffic on the road leading to Mockern from the bridge, the bridge appears to be in good shape, keeping its original form and only having wear and tear and the weather extremities as the causes of age. While engineers in America would consider this bridge functionally obsolete and at the end of its useful life, a trend that is considered absurd by engineers in Europe as well as preservationists and historians on both sides of the Atlantic, this bridge is due for some rehabilitation work to strengthen the structure to ensure that it continues its service for another century. 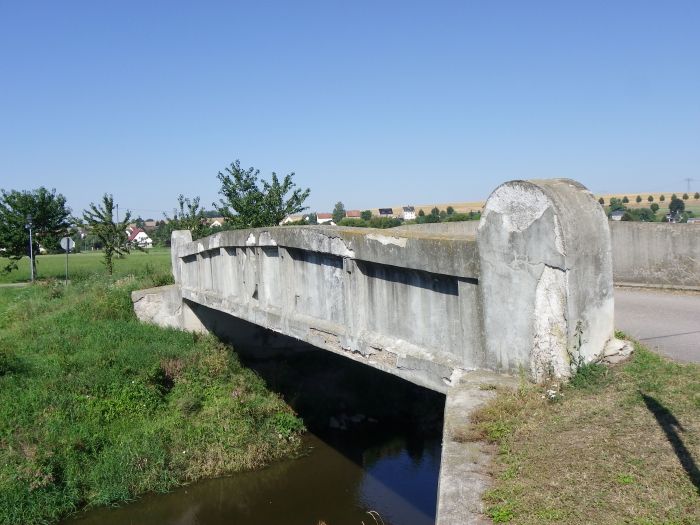 The bridge is unique because it follows the camelback features, albeit not based on the Michigan model but those built in Ohio and Pennsylvania. Yet it is unknown who was behind the construction of the structure. Was it one who was related to Dewart? Was it one who developed and patent a design similar to Dewart’s and brought it over to the States for use in the Rust Belt? Or perhaps it was the opposite way around: an engineer learned from Dewart or another engineer and decided to use it in this small village in the extreme eastern part of Thuringia? In either case, no known records of the bridge have been found as of yet, which leads to your help in solving this case. What do you know about this bridge regarding its history? Who was behind the construction? If you have any clues, feel free to comment or use this form to send it to the author at the Chronicles.

Altenburg and the surrounding area was one treasure that the author found by accident recently. This goes well beyond this jewel found along the way. More on that soon when a tour guide on the bridges in and around Altenburg will be presented. Stay tuned! 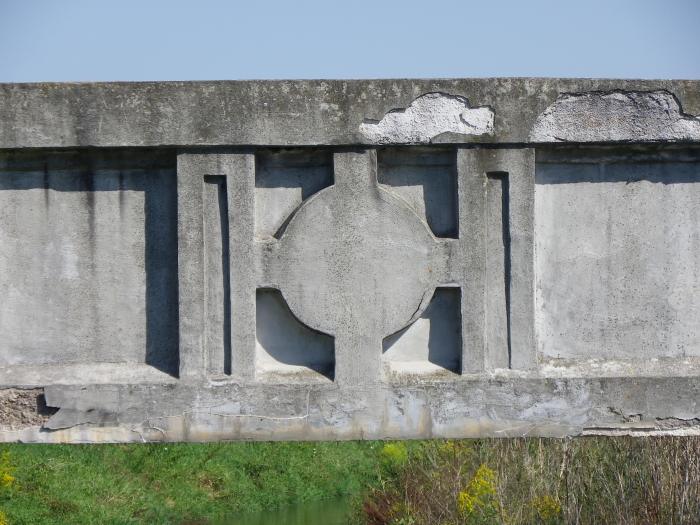 Author’s Note: Nathan Holth produced an article about the camelback girder bridges for his website. More on that is available by clicking here. Many thanks to him for all his work on this topic. He may have some more bridge examples to come but from an unknown place across the Ocean. 🙂