There is sometimes a misconception as to determining the meaning of a wooden covered bridge. Many people have a tendency of considering bridges, like the one above to be a covered bridge. Yet the definition of a covered bridge is different. A covered bridge is a truss bridge that is covered by siding and most of the time, a gabled roof. There are many examples of covered bridges that exist in the US and Europe, including the Marysville Covered Bridge, located at a park near Knoxville, Iowa.

But going back to this mystery bridge, the bridge made of wood is considered plainly a wooden truss bridge, whose wooden beams are connected with nuts and bolts but are neither pin-connected, welded nor riveted. There were numerous wooden truss bridges that were built during the second half of the 1800s and fewer that were built between 1900 and 1960. There are only a handful of these bridges that exist in the US for wood has the shortest lifespan of any bridges made of other materials, and is one with the highest maintenance- it needs to be varnished and painted regularly to ensure that they last just as long as bridges made of iron and/or steel.

The mystery bridge featured here is located in eastern California, spanning the Middle Yuba River between the Milton Reservoir and dam and the Jackson Reservoir, just 500 feet west of Heness Pass Road. The bridge features three spans of a double-intersecting Warren pony truss (shaped in a Howe lattice design) made of wood. Judging by its appearance in the pictures presented below, the wooden truss bridge features both riveted connections (on the top chords) and bolted connections, where intersecting beams are connected with bolts and nuts that were drilled into the wood.  The bridge was discovered by Aimee Stubbs while on a camping/ motorcycle trip in 2011 only to revisit the bridge again this past summer.

The bridge appears to have seen better days as it partially collapsed some time ago (although it not pinpointed as to when it happened), and only one of the truss spans is still standing. Since it served a dirt road located not far from the county road, the bridge and road seemed to have been abandoned, with nature taking its course on both. To reach the bridge via dirt road would require walking to the structure, which is challenging given the landscape where the bridge is located.  According to Stubbs, the Middle Yuba River is infamous for its recurring floods, causing damage and erosion to the bridge and the road. Yet there is no information on the bridge’s history that was found with the exception of the fact that the river separates both Sierra and Nevada Counties, two counties that were created in 1851-2 after seceding from Yuba County.

Ms. Stubbs has been researching this bridge since finding it for the first time and needs your help. With three spans, this bridge is one of the rarest in the country, if not the world. Yet its recent demise due to its collapse makes it even more important to find information on the structure so that people are aware of its existence (or at least its partial existence). If you have any information pertaining to the bridge, please contact her using the following information below.  The Bridgehunter’s Chronicles will keep you posted as soon as information comes to light on this unique structure. If you know of another bridge that is similar to the one shown here and still exists today, please contact Jason D. Smith using the contact details below as well. That information will be added as well.

The Bridgehunter connects the past with the future through research and preservation of historic bridges in the present. 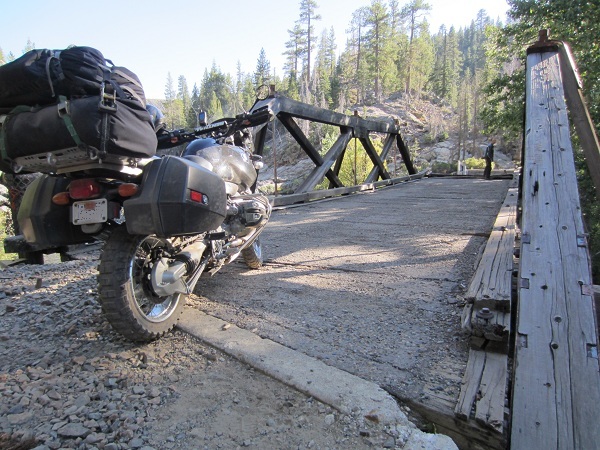 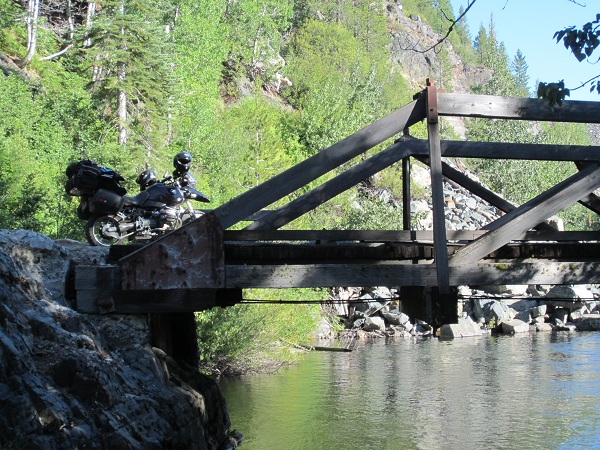 One thought on “Mystery Bridge 11: Wooden truss bridge in California”